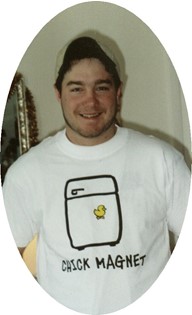 Funeral services will be 10:00 a.m., Friday, January 4, 2008 at the Davis Funeral Home. Burial will follow at Mountain View Cemetery.

Alan Dale Shaklee was born June 28, 1979 in Casper, Wyoming to Dale Alan and Dee (Baker) Shaklee. He moved to Jackson at the age of two growing up and attending schools in Jackson until moving to Riverton his Junior year of High School, graduating with the class of 1998.

His family said he enjoyed wrestling from the early age of four. He also enjoyed 4-H, showing hogs and winning several awards including reserve grand champion. He also enjoyed hunting, spending time with his son, family, and his friends. They described him as having a good heart and being a good friend.

Alan enjoyed working, having a passion for oil rigs. He especially enjoyed working for Unit Drilling for the past three years. He respected his crew and trusted them.

Among his survivors are his son Cadon Shaklee, age 3, of Green River; parents Dale and Dee Shaklee of Riverton; sister Megan Shaklee of Riverton; paternal grandparents Dale and Alice Shaklee of Mesa, AZ; maternal grandparents Harold and Eva Baker of Rawlins; aunts Twana Schinkel and her husband Eddie Jo of Rawlins and Vicki Allen and her husband James of Mesa, AZ; four cousins.

His great grandparents preceded him in death.