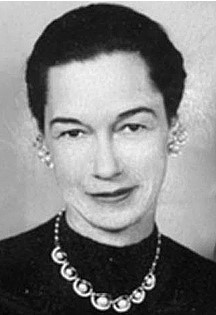 Longtime Riverton resident Ione Mary Manning died peacefully with her family by her side Thursday, Jan. 3, 2008, at Riverton Memorial Hospital. She was 89. Funeral services have been set for 2 p.m. Tuesday, Jan. 8, at the Davis Funeral Home of Riverton. She was born July 1, 1918 in Riverton, the daughter of Archie and Hazel (Rhodes) Campbell. She was raised as the stepdaughter of E.E. King, whom she considered her father. Known by the nickname Onie, she graduated from Riverton High School in 1936 and received college-level office-management and secretarial training. She enjoyed family lore involving the colorful western outlaw Butch Cassidy, and was interviewed on the topic several times by western historians. She took great pride from her appearance on the national television show "Unsolved Mysteries," when she recounted the story of meeting Cassidy in the 1930s with her grandmother, Mary Boyd Rhodes. In December 1949, she married Carl A. Manning in Lovell, but lived in Riverton for most of her life. She worked as a homemaker for many years while also serving as medical office secretary for Riverton physicians Bernard Stack and Dale Ashbaugh. Later, she and her husband moved to Casper, where she worked as secretary and office manager in the headquarters of Vrooman Equipment and Wotco. She retired from Wotco and returned the Riverton in the 1980s. Mrs. Manning was a lifelong member of St. James Episcopal Church in Riverton. She was past president of Riverton DOES Drove 48 and was den mother for her sons' Cub Scout troops. She was an enrolled member of the Eastern Shoshone Tribe who hobbies and pastimes included reading, flower gardening and crossword puzzles. She was preceded in death by her parents and stepfather and by a brother, Edward, who died in a biplane accident on Griffey Hill in 1934, one of the famous events in Riverton's early history. Ione Manning is survived by her husband, Carl A. Manning of Riverton; sons Carl E. Manning and wife, Tanis, of Riverton and Charles A. Manning and wife, Linda, of San Marcos, Calif.; stepdaughters Marcia Ersland of Las Cruces, N.M. and Claire Manning of Danville, Ill.; grandchildren Cori Manning of San Marcos, Catherine Manning of Riverton and Claire Peart and husband, Derek, of Riverton. Services are under the direction of the Davis Funeral Home of Riverton.