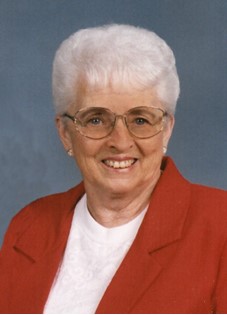 Guestbook 4
Memorial services for Beatrice W Hinkle of Riverton, Wyoming will be held at 10:00 am, Saturday, January 4, 2014 at The Davis Funeral Home with Pastor Vernon Boehlke officiating. Inurnment to follow at Mountain View Cemetery. Cremation has already taken place, as were her wishes.

She married Bill James Hinkle in Riverton on November 26, 1949. They were married for 62 years.

Bea, her parents, her two sisters, Vera and Billie, and brother, John A Rector lived at Worts Camp near Baroil, Wyoming until moving to Riverton, Wyoming. She attended grade school in Lamont, Wyoming then graduated from Rawlins High School. She worked as a telephone operator for Mountain Bell, Pioneer Drug Store, J.C. Penney’s, and as a bookkeeper for Riverton Livestock Auction and Napa Motor Parts. She loved to do anything involving her family and driving around the streets of Riverton and roads of Wyoming with Bill.

She was preceded in death by her husband, her parents, her two sisters, Vera Heinrich and Billie Heinrich.

Memorial donations may be made to The Help For Health Hospice Home in care of Davis Funeral Home, 2203 West Main Street, Riverton, WY 82501.