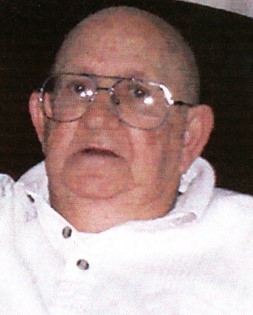 Guestbook 2
A Celebration of Life memorial service for Gordon G. Witt of Riverton will be at 10 a.m. Monday, Jan. 14, at the Davis Funeral Home of Riverton. Military honors will be by the Wyoming Army National Guard. Cremation has taken place. Mr. Witt died at Riverton Memorial Hospital on Sunday morning, Jan. 6, 2008, at the age of 76. Gordon Gleann Witt was born on Aug. 27, 1931, in Pewaukee, Wis., the son of Charles and Margaret (Friedricksdorf) Witt. Mr. Witt grew up in Wisconsin and attended school in Milwaukee. He served with the U.S. Army. On March 5, 1960, he married Kathryn A. "Kay" Barber in West Allis, Wis. They moved to Riverton from Burlington, Wis., in May of 1973. Mr. Witt was a carpenter for Stylhomes in Riverton, worked in the produce department at Safeway, and was a custodian for the Riverton public schools. He also worked with his sons doing carpentry. Mr. Witt was baptized as a Christian and attended the Grace Point Church. He was a lifetime member of the Riverton Veterans of Foreign Wars Post 3036. His family said Mr. Witt enjoyed fishing, camping, woodworking, bowling, and spending time with his family. Survivors include his wife, Kay Witt of Riverton; sons, William "Willie" Witt and his wife Theresa, Donald E. Witt, and Ken Witt and his wife Tina, all of Riverton; daughter, Teri Olson and her husband Kyle of Evansville; 11 grandchildren and four great grandchildren; a brother, Don Lee Witt and wife Kris of Brookfield, Wis.; numerous nieces, nephews, great nieces and nephews, and cousins. He was preceded in death by his parents; three older brothers, William, Earle, and Charles; great grandson, Wyatt Evans. Memorials may be made to a charity of the donor's choice. On-line obituaries are available and condolences for the family may be made at: thedavisfuneralhome.com Services are under the direction of the Davis Funeral Home of Riverton.