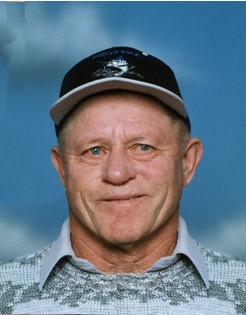 Herbert Raymond Holliday was born on February 7, 1932 in Morrill, Nebraska to Harvey and Dorothy (Snow) Holliday. His family moved from Nebraska to Eastern Wyoming before settling in the Shoshoni area. He attended schools in Shoshoni.

On March 1, 1952 he married Dessie Pearl Honeycutt in Riverton, WY. Together they raised three children.

He helped his father on the family farm in Missouri Valley and eventually he bought his own farm in Paradise Valley and ran it until he sold it in 1976. He then worked for A.D. Martin Lumber. He worked for Cream O’ Weber Dairy doing all the maintenance on their equipment until his retirement.

Herb was a well-known fast pitch softball player and was instrumental in making the sport popular in Fremont County. He played for over 30 years all around the state. He finally stopped playing when he was in his early 50’s. He played with the American Softball Association. He was also a state champion horseshoe pitcher and belonged to the National Horseshoe Pitching Association. Along with all the outdoor sports he competed in, he was also an avid bowler.

He was preceded in death by his parents, Harvey and Dorothy Holliday; his brother, Hank Holliday; and his son, Rodney H. “Doc” Holliday.