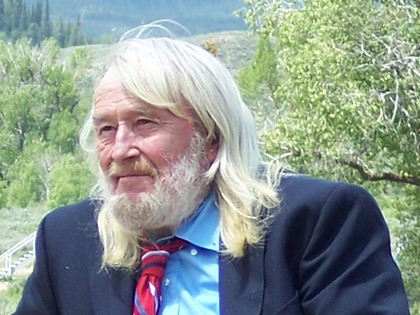 Guestbook 4
Richard E. Johnson, 63 of Riverton, died at his home on Wednesday, January 15, 2014. As were his wishes cremation has taken place. A memorial service will be held on Friday, January 24, 2014 at 2:00 pm at Davis Funeral Home. The Friday-Truan Detachment #683 and the Marine Corp League and Veterans will preform military rights.

Richard Earl Johnson was born on March 11, 1950 to Merle Floyd and Doris Louise (Beckman) Johnson in Riverton, WY. He was raised in the Riverton area and graduated from Riverton High School with the class of 1968.

After high school he worked as a mechanic with Chopping Chevrolet. He was then drafted into the Vietnam War in 1970, where he served in Wurzburg, Germany. When he was honorably discharged, he came back to Riverton and again worked for Chopping Chevrolet. He eventually went into the family business with his father as an aircraft mechanic and continued with this profession until his health began to fail.

His family said that he was an avid hunter and fisherman. He enjoyed the outdoors and Wyoming fit perfectly for him.

He is survived by his daughter, Rachel Savage, and his two brothers, Kerry and Randy Johnson.

He was preceded in death by his parents, Doris and Merle Johnson, and his two brothers, Paul and Gary Johnson.