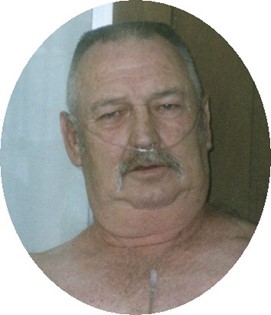 Guestbook 4
Jimmy D. "Jim" Hubert, Sr., 65 of Riverton, died Saturday afternoon, Jan. 19, 2008 at Riverton Memorial Hospital. Funeral services will be at 2 p.m., Wednesday, Jan. 23, at the Davis Funeral Home of Riverton. Burial will follow at Mountain View Cemetery in Riverton with Military Honors by the Wyoming Army National Guard. A viewing will be from 5 - 8 p.m., Tuesday, Jan. 22, at the funeral home. Jimmy Dale Hubert was born on Aug. 13, 1942, in Baxter Springs, Kan., to Oscar and Rena (James) Hubert. He was graduated from Superior (Wyo.) High School with the Class of 1960. Mr. Hubert attended the University of Southern California for two years, studying to be a game warden. In May of 1963, Mr. Hubert enlisted in the U.S. Navy, serving in Vietnam. He received the National Defense Service Medal, attained the rank of BT3, and was honorably discharged. On June 24, 1977 he married Jan Lajiness in Lander. They lived in various communities while he worked for FMC's Skull Point Mine as a diesel mechanic from 1979 to 1997. He was the employed by P&M Coal Mine from 1997 until his retirement in 1999. Prior to working for FMC, Mr. Hubert worked as a police officer in Parsons, Kan., drove truck for Willis Shaw Trucking Company, and ranched for Carroll Riggs. He had returned to Wyoming in 1973 to work on the oil rigs. His family said Mr. Hubert enjoyed hunting, fishing, gardening, used to raise goats, tinkering and puttering, and called him a "Jack of all trades, master of none." His grandchildren and great grandchildren were his greatest joy, the family said. Mr. and Mrs. Hubert attended the Riverton Christian Church together. He was a member of the United Mine Workers' Association. He is survived by his wife, Jan of Riverton; four sons, Jimmy Dale Hubert, Jr. and his wife Anna of Oldtown, Idaho, F. Dustin Tank and his wife Terri of Houston, Texas, Christopher Earl Hubert of Loveland, Colo., and Archie William Tank and his wife Kristina of Riverton; two daughters, Rebecca Dankert and her husband Richard of Riverton and Rachel Manchester and her husband Allan of Moorcroft; 11 grandchildren and two great grandchildren; a brother, Samuel Richard Hubert of Riverton; three sisters, Violet Leeper of Riverton, Jewell Wolkow of Riverside, Calif., and Linda Schutt of Billings, Mont. He was preceded in death by his parents, brothers George and Bob Hubert, and sister Carol. On-line obituaries are available and condolences for the family may be made at: thedavisfuneralhome.com. Services are under the direction of the Davis Funeral Home of Riverton.