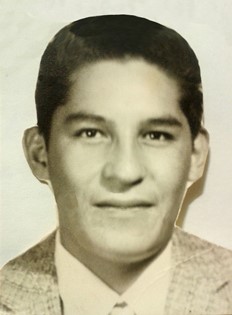 He was of the Catholic faith and also practiced the Northern Arapaho traditional ways.

He was raised on the Wind River Reservation, attending school at St. Stephen’s Indian School and then going to high school in Busby, MT.

He worked as a ranch hand on the Arapaho Ranch most of his life.

His family said that he liked hunting, fishing, and horn hunting. He loved to play cards, tell stories and share jokes with his grandchildren. He was fun, loving, humorous, and love to laugh.