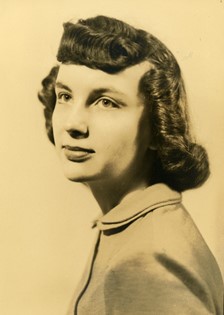 Guestbook 4
Karen P. Gunnison, 80, of Riverton, died at the Kindred Nursing and Rehabilitation – Wind River Center on Tuesday, May 20, 2014. Cremation has taken place and her ashes will be taken back to the family burial plot in Northern New York for a memorial service at a later date.

Karen Pflugheber was born on September 8, 1933 in Philadelphia, New York to Edward G. Pflugheber and Fern (Hubbard) Pflugheber. She was the second of two children.

Karen, like her mother before her, met her husband at St. Lawrence University and upon graduation, married Hugh Gunnison, Jr. in December 1953 in Spring Lake, New Jersey. The marriage produced two sons, Jonathan of Riverton, WY and Stanley Hugh of Northfield, NJ. While raising two children, Karen taught senior high-level English at General Brown Central School and LaFargeville Central School and retired after twenty years of service with Potsdam Central School in 1989.

Karen was a lifelong summer resident of The Thousand Islands on the St. Lawrence River. Karen was always accompanied by her adopted pet dogs, Muffin, Tigar, and Ginger. She enjoyed playing bridge and solving crossword puzzles but her main hobby was collecting and refinishing antique furniture.

Karen sacrificed the last eleven years of her life to battle Alzheimer’s. Please make donations in lieu of flowers to your local chapter of Alzheimer’s Associations (alz.org) or your local pet adoption center.