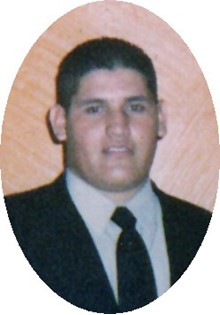 Guestbook 0
Funeral services are pending at the Assembly of God Church in Riverton for Erasmo Caraveo Deloera of Riverton who died Wednesday morning, Jan. 30, 2008, in a two-vehicle accident west of Shoshoni. He was 23 years old.

For the past year, Mr. Caraveo Deloera had made his home with an aunt in Riverton.

At the time of his death, Mr. Caraveo Deloera was working for Shot Crete as a laborer. He has also worked as a custodian at the Lander Safeway Store and at the Golden Corral in Riverton.

His family said Mr. Caraveo Deloera liked to draw and listen to music.