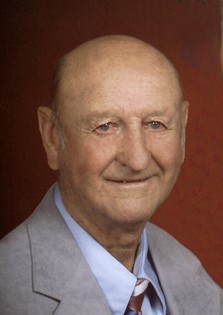 Guestbook 16
Funeral services for Perle W. “Grandpa Bill” Groathouse of Riverton will be held at 10:00 a.m. on Friday, February 15, 2008 at the United Methodist Church in Riverton, with the Rev. Cleve McSwain officiating. Burial will follow at Mountain View Cemetery.

Perle William Groathouse was born October 20, 1922 in Glendo, WY, the son of George and Ethel (Harrington) Groathouse. He came to the Pavillion and Riverton area to farm with his family when he was 12 years old and remained in the Pavillion area all of his life.

On December 8, 1941 he married Evelyn E. Schamber in Riverton. During the early years of their marriage he worked on farms. He was then employed for a short while for the Bureau of Reclamation prior to the formation of Midvale Irrigation District, where he worked for the next 32 years. Mr. and Mrs. Groathouse moved to Riverton in 1992.