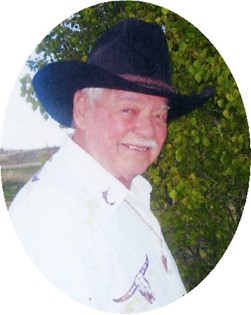 Guestbook 1
Charles “Charlie” Morris, of Dubois, died August 26, 2014 at the Poudre Valley Hospital in Fort Collins, Colo. He was 78.

Funeral services with full military honors will be held Saturday, Sept. 6, at 1 p.m. at the Dennison Lodge in Dubois. The Rev. Melinda Bobo will officiate.

He attended schools in Bishop, Calif. and was graduated from Bishop High School. He lived in Bishop and Canyon Country, Calif. for the next 62 years.

He served in the Army from 1950-53 as a military police officer in Ethiopia during the Korean War.

Mr. Morris was a ranch hand at Home on the Range from 1959-1961 and was an underground miner for the Underground Water Tunnels and Dams from 1959-1978. He was also a business and residential painter for five years.

He was a member of the Elks from 1965-1988 and of the Desert Motorcycle Club of Southern California.

His family said he enjoyed fishing, hunting, boating, camping, traveling, reading, drawing, cross-country dirt bike riding, working on motorcycles, garage sales and working with his hands. He liked to talk to people, make them laugh and give them a hard time.

He was preceded in death by his parents; sister Patricia Dixon; and brothers Arthur and Robert Morris.

Online condolences for the family may be left at www.thedavisfuneralhome.com.