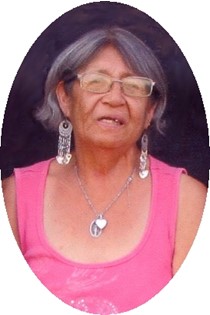 Victoria Marie Sitting Eagle was born on July 10, 1953 in Riverton, WY to James Nicholas and Amelia (Caldwell) Sitting Eagle. She lived most of her life in Wyoming.

Her family said that she loved spending time with her family, was an avid reader, and that her dogs, Little Bit and Choco, went everywhere with her.

She is survived by her sons, Sam Wilson and Eugene Coulston; her daughters, Toni Coulston and Sara Wilson; her sister, Susan Duran; her companion, Joe Brown; and several grandchildren and two great grandchildren.