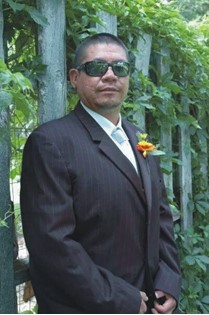 Clayton Raymond Warren was born on December 21, 1976 in Riverton, WY to Phillip Stanley Warren Jr. and Linda Joyce (Sitting Eagle) Warren. He grew up in Fremont County and attended school at St. Stephen’s. He also went to Rifle High School in Rifle, CO.

He worked the oilfields of Wyoming and North Dakota as a roughneck.

His family said that he was an avid gun collector, enjoyed video games, loved his Pit Bull dog, Brodrick, and being with his friends.

He is survived by his father, Phillip S. Warren, Sr. and his daughters, Llavon Addison, Ambrielle Warren and Bristol Desiree Warren.

He was preceded in death by his mother, Linda Joyce Revere and his sister, Joyce Corrine Warren.