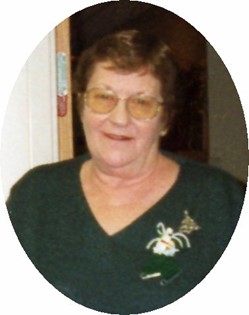 Guestbook 8
Darla Williams, 73, of Riverton, died at the Kindred Nursing and Rehabilitation – Wind River Center on Wednesday, October 22, 2014. A funeral service will be held on Monday, October 27, 2014 at Davis Funeral Home at 10:00 am. A viewing will be held before the service starting at 8:00 am. Burial will follow at Mountain View Cemetery.

Darla Rae Wolfe was born on May 17, 1941 in McKeesport, PA to Bernard Wolfe and Iona Garnett (Gray) Wolfe. She was one of six children. She attended schools in Pennsylvania and graduated from Elizabeth High School in 1959. She then became an airline stewardess and worked out of New York City, NY.

She was a J.O.B.S Daughter and also was a member of D.A.R.

On December 28, 1960 she married David Williams in Elizabeth, PA. As soon as they were married they moved to Wyoming as her husband had a job in the Gas Hills. She stayed in Wyoming the rest of her life. Together they had four children.

She worked as a bookkeeper after coming to Wyoming and held many different positions through out the years. Before she retired, she was the bookkeeper for the Riverton Senior Citizens Center.

Her family said that she enjoyed crocheting, cooking, and being in her flower garden. She loved being with family and having family gatherings.

She is survived by her husband of 53 years, David Williams; her sons, Randy and wife Martha Williams of Phoenix, AZ and David and wife Carrie Williams of Riverton, WY; her daughter, Chandra and husband Mitch Cady of AZ; her six grandchildren, Eric, Kyle, Terra, Tyrel, Cody, and Randi; her brothers, Edward and wife Anne Wolfe and Kenneth and wife Sandy Wolfe; her sister, Sharon and husband Van Freer; and her six great grandchildren.

She was preceded in death by her parents, Bernard and Iona Wolfe; her daughter, Kathleen Williams; and her two brothers, Fredrick and Bernard Wolfe.