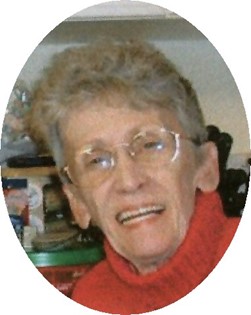 Guestbook 19
celebration of life for Janet R. "Jan" Wintermote of Shoshoni will be at 2 p.m. Saturday, Feb. 23, at the Shoshoni Fire Hall.

Janet Ruth Judson was born on July 25, 1940, in Dayton, Ohio, the daughter of John Silas Judson and Margaret Rose (Mason) Judson. She grew up and attended school in Dayton.

The family moved to the Shoshoni area 38 years ago.

Mrs. Wintermote was of the Catholic faith.

In her younger years, she worked in the restaurant business as well as running a daycare, "Grandma's Place," in Shoshoni. She and her husband also owned and operated Wintermote's Kitchen in Shoshoni.

Her family said she enjoyed reading, playing bingo, and spending time with her family.

Mrs. Wintermote was a former president of the Shoshoni Ladies Auxiliary to VFW Post 6529.

She was preceded in death by her parents, John and Margaret Judson; a brother, John Judson, and one great grandson.