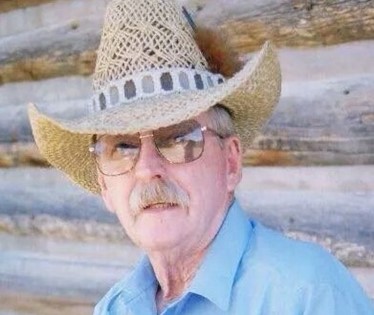 Guestbook 2
Melvin Hart, 79, of Riverton, died on Sunday, November 2, 2014, at the Veterans Hospital in Salt Lake City, UT. A service will be held on Saturday, November 22, 2014, at 6:00 pm at the Church of Latter Day Saints located on 4th and Elizabeth in Riverton, WY.

Melvin Lloyd Hart was born on January 1, 1935 in Thermopolis, WY to Lester Lloyd and Hulda (Inez) Hart. He attended a one-room school house with his sibilings.

He was baptized into the Church of Latter Day Saints as a child. He was a High Priest, served in the Sunday School as a teacher and was also a Liberian.

He lived most of his life in Wyoming. He did travel to Washington, Hawaii, and Nevada. He helped build swimming pools and set tile for homeowners as well as the casinos in Reno and Las Vegas Nevada. He worked in the MGM Grand, Hilton, and Desert Inn. He met many entertainers at the casinos, some of them were Elvis Presley, Sigfried & Roy, Frank Sinatra, Dean Martin, Jerry Lewis, Diann Ross, and Wayne Newton. He also built ships for the U.S. Navy and while in Seattle, WA he worked for Boeing. In his later years he worked for Bill Jones in Lander and loved his work. He then settled in Riverton and worked for Bradford Supply and WalMart in their maintenance department.

His family said that he enjoyed gardening, taking care of hi dogs, and helping other. He loved to spend time with his children and grandchildren.