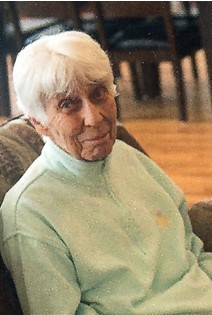 Glenda Irene Nichols was born on April 17, 1932 in Valley Park, MO to Charles C. and Opal Pearl (Myers) Nichols. She was the oldest of four children, two boys and two girls. She was raised in Van Buren,MO..

She moved to Sutherlin, Oregon with her family where she met her husband, Wilbur Stewart. They were married on June 13, 1952. There they had their first child, Micheal. In 1960 they moved to Dubois the first time. They then had their second child, Lisa. They moved back to Oregon in 1962, returning to Dubois in 1966, where they lived and raised their family. She lived in Dubois for 49 years.

After moving back to Dubois, she and her husband worked at the U.S. Plywood Company where she was a weight station operator. She later was a “Soda Jerk” at the Dubois Drug Store.

Her family said that she loved working in her yard and home, rock hunting, music, fishing, quilting, painting landscape pictures, arts and crafts, watching birds and watching tennis and bowling.

She is survived by her son, Micheal Stewart of Dubois; her daughter, Lisa Stewart of Dubois, her brother, Jim (Charlene) Nichols of Oakland, OR; her sister, Berta Faye (Bill) Goodin of Union, OR and several cousins, nieces and nephews.

She was preceded in death by her father, Charles C. Nichols, her mother, Opal Pearl Grantz, her step-father, Howard Grantz, her brother and sister-in-law, Donald and Ann Nichols; and her husband, Wilbur Stewart.

A Celebration of Life will be held in the Frontier Room at the Rustic Pine Tavern at 2:00 PM, Saturday December 6. 2014