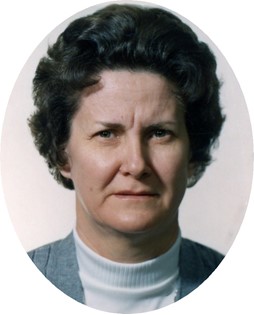 Guestbook 0
Bette Wolfe Martin, 89, of Riverton, died on Sunday, November 30, 2014, at Westward Heights in Lander. A graveside memorial service will be held on Thursday, December 4, 2014 at 2:00 pm at Mountain View Cemetery.

Bette Marie Wolfe was born on April 7, 1925 in Eaton, Colorado to Jacob and Katherine (Hilzer) Wolfe. When she was seven years old the family moved to the Morton area in Fremont County, Wyoming. She graduated from Riverton High School with the class of 1944.

On September 23, 1944, she married Alfred W. Martin in Riverton, WY. They raised their three children, Gary, Rick, and Donna, in Riverton, where she was a stay at home mother and wife.

Her family said that she loved her children, grandchildren and great grandchildren. She loved being with family while traveling, snowmobiling, camping, and playing cards.

Memorials may be made to the Alzheimer’s Foundation in care of the Davis Funeral Home, 2203 W. Main Street, Riverton, WY 82501.