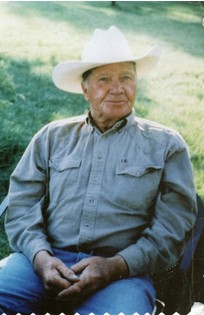 Guestbook 1
Memorial services will be held at a latter date for Bob Gene McKee of Pavillion who died on Thursday, Feb. 14, 2008, in Gillette. He was 76 years old.

He grew on the family farms in and around Grover, Colo., where he attended elementary school. In 1946, the family moved to Elk Mountain, Wyo., where he was graduated from high school in 1950.

Mr. McKee was a rancher who first worked and lived on the family ranch. His family said his interest was always centered in the care of the livestock, including his dog and all of his cats.

In addition, he hunted rocks and old bottles, enjoyed hunting and fishing with his grandchildren and great grandchildren, "enjoyed and joked with all little and big kids," loved to work on machinery and always had a project remodeling someone's home, yet always had time to stop for friends and family.