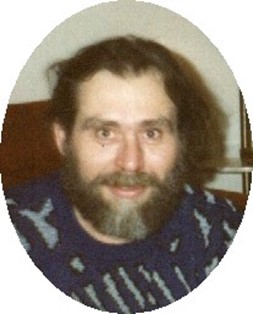 Guestbook 9
Robert R. "Rick" "Rosie" Rosenthal, 59, of Riverton died at his home Friday evening, Feb. 29, 2008, with family by his side. Memorial services will be at 4 p.m. Saturday, March 8, at the Cedar Bar in downtown Riverton. Robert Richard Rosenthal was born in Worland on Oct. 11, 1948, the son of Herman H. Rosenthal and Judy May (Thorn) Rosenthal. He had lived in Wyoming most of his life. He attended Worland High School and one year of college before joining military service. He was veteran of the Vietnam War, having joined the U.S. Army on Jan. 21, 1969, and was discharged on Jan. 1, 1975. On May 29, 1994, he married Debra Lynn Rowell in Wind River Canyon. He was of the Lutheran faith. Mr. Rosenthal worked as a consultant, tool pusher, driller, and rig hand in the oil fields. He had been an instructor for the National Outdoor Leadership School at the age of 17. He had climbed Devil's Tower and was on a New Year's Day Climb of the Grand Teton with Paul Petzoldt in 1972. His family said he enjoyed going to the mountains to camp and fish and liked to get out of town to shoot his guns. Survivors include his wife, Debra Lynn Rosenthal of Riverton; son, Robert Lawerance Collins of Riverton; daughter, Shealyne Janice (Collins) Kornder of Riverton; two grandchildren, Jenica and Tina Kornder; a sister, Ellen Rosenthal of Utah. He was preceded in death by his father, his mother, and brother Rocky. On-line obituaries are available and condolences for the family may be made at: thedavisfuneralhome.com Arrangements are under the direction of the Davis Funeral Home of Riverton.