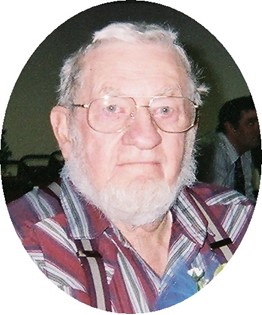 Guestbook 1
Memorial services for Jerry Hemker of Riverton will be at 11 a.m. on Tuesday, March 18, at the Trinity Lutheran Church of Riverton. Mr. Hemker died Friday afternoon, March 7, 2008, at Riverton Memorial Hospital. He was 83 years old. Gerald Erin Hemker was born in Rochester, Minn., on April 13, 1924, the son of George E. and Leona (Buss) Hemker. On Oct. 13, 1980, he married Josina W. Krommenhoek in Elko Nev. Mr. Hemker worked as a truck driver. He lived in Minnesota before moving to Wyoming about 35 years ago. He was a member of the Missouri Synod-Lutheran faith. His family said he enjoyed camping, playing cards, especially cribbage, and enjoyed traveling around the country. As the driver of 18-wheelers, he had logged over a million miles for Conoco and Little America. He had also worked for Shupe and Yost Trucking for 13 years. Survivors include his wife, Josina Hemker of Riverton; sons, Bruce Hemker and his wife Mary of Aurora, Colo., Delva Hemker and wife Cathy of Green River, Wayne Hemker and wife Cindy of Erie, Wyo., Douglas Hemker of Rock Springs; daughters, Mary Sathra and husband Ken of Johnstown, Colo., and Sharon Hemker of Longmont, Colo.; step-son, Darrel Withrow of Riverton; step-daughters, Laura Harris and husband Frank of Arapaho, Trudy Knight and husband Pat of Lander, Sherrie Keele and husband Dan of Riverton, Tina Pierce and husband Rod of Lander, Rose Pierce and husband Randy of Riverton; numerous grandchildren and great grandchildren; a sister, Verna Moran of Rochester, Minn.; several nieces and nephews. He was preceded in death by his parents. Memorials may be made to the American Heart Association in care of the Davis Funeral Home, 2203 West Main, Riverton, WY 82501. On-line obituaries are available and condolences for the family may be made at: thedavisfuneralhome.com Services are under the direction of the Davis Funeral Home of Riverton.