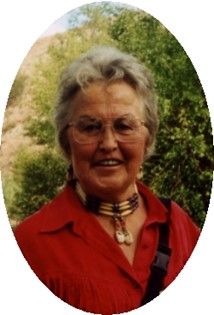 Guestbook 0
LaVera Fay Epp died on Wednesday, March 5, 2008, at the University Hospital in Salt Lake City, Utah, from injuries she sustained in a fall at her home in Dubois. She was 78 years old. Cremation has taken place and a memorial service will be held at 1 p.m. on Saturday, March 22, at the Headwaters Center in Dubois. ESA will provide refreshments after the service. LaVera Fay Hawk was born on Dec. 1, 1937, in Torrington, to Jesse Lawrence and Hazel (Thomas) Hawk. At the age of eight, she moved with her parents to Dubois. She attended Dubois High School and, at the age of 17, married David Henry Boedeker on June 12, 1957. Three children -- Patricia, Polly and Paul -- were born to this union. The couple divorced in June 1982. Shortly thereafter, she met Gari Epp and they were married on June 23, 2001. Her family said she was very active in ESA, becoming a member in February 1972. She loved horses, photography, gardening, shooting pool and decorating cakes. Mrs. Epp is survived by her husband, Gari Epp of Dubois; daughters, Patricia Boedeker and husband Ralph of Auburn, Wyo., and Polly Larsen and fiancé Wayne Johnson of Riverton; son, Paul Boedeker of Dubois; step-children, Jeffrey Epp and family of Escondido, Calif., Danial Epp and family of Bozeman, Mont., David Epp and family of Colorado Springs, Colo., Sheryl Overcast and husband Dirk of Dubois; grandchildren, Byron Peterson and wife Amanda of Riverton, Paul Peterson and wife Margo of Etna, Wyo., David, Ridge, and Dale Boedeker of Eaton Rapids, Mich.; great grandchildren, Bailey, Ashley, and Boen Peterson of Etna, Hunter Peterson of Riverton; a nephew, Jesse Samuel Hawk and family of Dubois; sisters-in-law, Nancy Popko of Dubois and Barbara Phillips of Aurora, Colo. She was preceded in death by her parents and brothers Jesse and James Hawk. Arrangements are under the direction of the Davis Funeral Home of Riverton.