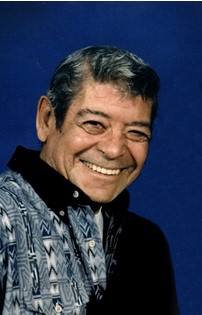 Guestbook 3
Funeral Mass for Silfredo Romero of Riverton will be conducted at 2 p.m. on Tuesday, March 25, at St. Stephen’s Catholic Church south of Riverton, with the Rev. Father Dan Gannon as celebrant. Interment will follow at Mountain View Cemetery in Riverton. A Rosary will be held at 7 p.m. on Monday, March 24, at the Davis Funeral Home of Riverton. Mr. Romero died on Tuesday, March 18, 2008 at his Riverton home. He was 78 years old. Silfredo Romero was born in Valdez, Colo., on Nov. 13, 1929, the son of Leo Romero and Rosie (Giron) Romero. He spent most of his childhood and adult life in Riverton, and was graduated from Riverton High School. On Dec. 19, 1950, he married LaVonne Achey. She preceded him in death on March 28, 2000. Mr. Romero owned and operated Romero Painting in the Riverton area for 45 years. The family said he enjoyed working in his yard and gambling at the Wind River Casino. He was of the Catholic faith. Among his survivors are granddaughters, Melissa Romero and Rose Ditton; brothers. Leroy Romero and Baudy Romero; sisters, Mary Romero, Annie Saunders, Esther Downey and Margie Allington; daughter-in-law, Patricia Ditton; honorary grandchildren, Waylon Arguello, Christy Pulver, Vanessa Hoock, and Ryan Wood. In addition to his wife LaVonne, Mr. Romero was preceded in death by his parents, Leo and Rosie Romero; a son, Curtis Romero; brothers, Leonard, Johnny, and Lloyd Romero. Memorials may be made to the Meals on Wheels Program, c/o Davis Funeral Home, 2203 W. Main, Riverton, WY 82501. On-line obituaries are available and condolences for the family may be made at: thedavisfuneralhome.com Services are under the direction of the Davis Funeral Home of Riverton.