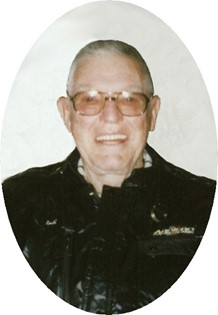 Guestbook 3
Riney Leikam of Riverton died on Thursday, March 20, 2008, at Wind River Healthcare in Riverton. He was 83 years old.

Funeral services will be at 10 a.m. Wednesday, March 26, at the St. John Lutheran Church in Riverton with the Rev. Michael Johnson officiating.

Burial will follow at Mountain View Cemetery in Riverton.

Riney began working for Morning Star Dairy in Riverton upon moving his family here in 1952. He continued with the company through the name change to Cream o' Weber and then went to work for Mountain Empire Dairy Association until he retired at the age of 69.

He is survived by his wife, Martha of Riverton; sons, Jerry Leikam of Casper and Rick Leikam and wife Kathy of Gering, Neb.; a granddaughter, Kim Lang and her husband Kevin; grandsons, Haven Leikam of Auckland, New Zealand, and John Stevens of Casper; great grandchildren, Tyler and Ashlyn Lang; two brothers, two sisters, many nephews, and nieces; four brothers-in-law, and five sisters-in-law.

He was preceded in death by his parents, two sons, Tom and Jim Leikam, two sisters, one brother, and a granddaughter.