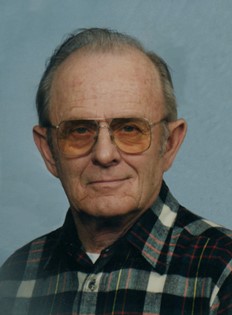 Guestbook 3
William Wayne Moon of Riverton passed away Dec. 7, 2015 at his home. He was 88 years old. Frontier Home Hospice provided much appreciated assistance to Bill and his daughter during his last month.

Bill was born June 20, 1927, in Eldorado, KN, the only child of Ross & Ruby (Reed) Moon. Shortly after his birth, they moved back to his grandparents’ farm near Birmingham, IL. In 1933 their house burned down and the farm was traded for a farm just over the Canadian border, north of Cutbank, MT. But they needed $700 per person to immigrate and they only had $700 total. They found jobs near Cutbank at two ranches that had oil production facilities, where Bill attended a one-room country school.

In 1939, the family moved to Salem, IL, where Bill attended grades 7-11. He excelled at Math, Shop and PE, but otherwise school interfered with his social life. He loved dancing the Jitterbug. Driving and working on fast cars, and he wrecked more than a few of them. In March, 1945 he quit school to enlist in the Navy and entered active duty on May 8, 1945 (Victory in Europe). He was still stationed in Norman, OK when the Peace Treaty was signed with Japan. He shipped out to the Pacific in November 1945. He sailed around the Pacific where they transported abandoned military equipment to stockpiles for further disposition. Since the real fighting was over, he made it his personal mission to keep up the “sailor’s reputation” for having a girl in every port and his biggest enemy was the Shore Patrol. He received an Honorable Discharge on July 6, 1946.

Beginning at age 14 he worked summers painting oil field equipment. After the Navy he worked as a driver for a company that rebuilt trucks to handle heavy oil field equipment. Then he worked for an oil field trucking company. Soon he went to work as a roughneck on the rigs. In 1951 he moved with his employer to Nebraska where he met his future wife, Eileen Ronnecker of Bayard, NE. Although she was not initially impressed, he soon won her over and they were married December 29, 1951. They had a daughter Linda Lee in 1952 and a son James Wayne in 1954. They shared a love of dancing, and adventure and spending time with their family, including James’ wife Brenda and their son Justin.

They followed the oil field wherever it led them: mostly in Wyoming but also CO, UT, and ND. Bill went on to be a Driller, Tool Pusher, and Assistant Drilling Superintendent. While working for Tom Brown Co. he was offered a position as troubleshooter and head of maintenance over all 35 of their rigs. But he turned it down because he feared it would be too much office time and he liked working outdoors. When the oilfield shut down in 1979-81, he and Eileen worked at Bryce Canyon Lodge in UT, managed 2 high rise apartments in Denver and the Sertoma in Riverton. In all of these jobs, Eileen worked in the office and Bill was head of Maintenance. After that he returned to the oil field where he worked until he retired to Riverton, in 1993. At one point Bill had plans to work on an off-shore rig in the North Sea and they would have lived in Norway. But family illness prevented them from going.

He joined the Lutheran Church after marrying Eileen and they were among the first members St. John’s Lutheran Church when it started in 1963. He served on the Church Council and was in charge of maintenance for several years. He was also a member of the American Legion and the VFW. He made many friends throughout the years and maintained most of them in spite of the miles that often separated them.

He loved doing his own electrical, plumbing, carpentry, welding, and mechanic work, and was happy to help others. He always tore down, moved, and set up his own mobile homes including their first double-wide. He and Eileen loved to travel and saw most of the U.S. including Alaska; Calgary and Vancouver, CA, and a few side trips into Mexico. They traveled by car, camper, and motor cycle. While they always had planed destinations they also made time for the unplanned side trips. They had confirmed reservations to take a trip to Europe, but Bill suffered a severe concussion when he fell off the carport. He did not recover in time to make the trip.

He was devastated by the sudden loss of Eileen in October, 2008 and again by the death of Jim after a long illness in September, 2010. Since that time, he and his daughter have lived together helping to fill the void and building on their lifelong friendship. He loved to share the many stories of his long and often colorful life, but never changed a single detail in all his years.

One of his favorite mottos was “Life isn’t worth living without a little humor!” Now he is filling his desire to dance with Eileen again and “hopefully croon with Bing Crosby”.

Cremation has taken place and a Memorial Service will be held at St. John’s Lutheran Church on January 7, 2016 at 11:00 a.m. His ashes will be spread in the mountains in the Spring, alongside Eileen and Jim.

Arrangements are being handled by Davis Funeral Home and condolences can be posted at www.TheDavisFuneralHome.com