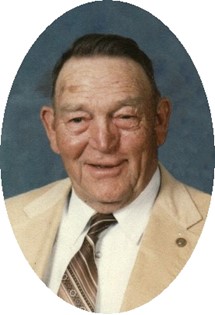 Guestbook 2
Funeral services for Robert W. "Bob" Deal of Lander will be at 10 a.m. Friday, March 28, at the Davis Funeral Home of Riverton. Pastor Harvey Richards will officiate.

Interment will follow at Mount Hope Cemetery in Lander at 11:30 a.m. with Milittary Committal rites held by the Marine Corps. League.

Robert William Deal was born in Lander on Sept. 23, 1921, the son of Oscar C. and Doris Edessa (Lattimer) Deal.

Following graduation from Fremont County Vocational High School in Lander, he served with the U.S. Marine Corps in the South Pacific during World War II.

He had worked as a Deputy Sheriff for Fremont County and as a security guard and warehouseman for the Lucky Mc Mine in the Gas Hills.

Mr. Deal was a former member of the B.P.O.Elks Lodge and belonged to the Marine Corps League.

Survivors include his sons Bob Deal and wife Jane of Gillette and Lincoln Deal and his wife Christina of Chandler, Ariz.; daughters, Elsie Preslar and husband Gene of Rawlins, Ruth Cannon and husband Terry of Memphis, Tenn., Jane Hansen and husband Bill of Torrington; a brother, Jim Deal of Casper, and a sister, Ruth Moore of Rawlins.

He was preceded in death by his wife, Leona; his parents, and a brother, Pete. In Lieu of flowers Memorials to the Marine Corp League would be appreciated in care of Davis Funeral Home.