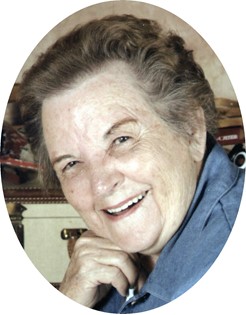 Guestbook 6
Wanda F. Durham, 81, of Riverton, died on Wednesday, January 13, 2016, at the Help for Health Hospice Home in Riverton. A memorial service will be at 10:00 am on Saturday, January, 16, 2016, at Davis Funeral Home. Pastor Echo Klaproth will officiate. Inurnment will take place at a later date.

After high school she worked for the telephone company as a PBX operator. She later worked various secretarial positions with the insurance and oil industries throughout west Texas. In 1978 she moved to Wyoming making her home in Riverton until the time of her passing.

She was a life member of the Veterans of Foreign Wars Auxillary Post #3628. She held the position of President as well as various other offices.

She loved sewing, knitting, gardening, dancing, and especially spending time with her family and friends.

She is survived by her son, Mark Alan Durham of Midland, TX; her daughters, Patricia Conner and her husband, Ron of Worland, WY and Stacey Martinez and her husband, Martin of Riverton, WY; her brother, Edward “Butch” Fortenberry of Flower Mound, TX; seven grandchildren; eleven great grandchildren; and her loving and faithful companion, her dog, Pepper.

She was preceded in death by her parents, John and Margie Fortenberry; a daughter; a sister; and two brother.