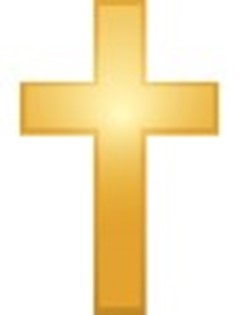 Guestbook 2
Funeral Mass for Paul S. Erramouspe of rural Riverton will be at Noon on Tuesday, April 1, at St. Margaret's Catholic Church in Riverton. Interment will follow at Mountain View Cemetery in Riverton. There will be a rosary at 7 p.m. Monday, March 31, at the Davis Funeral Home in Riverton, preceded by a viewing from 5 to 7 p.m. Mr. Erramouspe died on Thursday, March 27, 2008, in a four-wheeler accident. He was 72 years old. Paul S. Erramouspe was born, the eighth of 10 living children, to Gaston and Grace (Larre) Erramouspe on the family’s small sheep ranch in Sublette County on March 29,1935, living there until he finished Regis college in Denver in 1957. Following a two-year stint in the U.S. Army, 1957-1959, he moved to Denver until 1998, working as a CPA and in various management positions with several corporations. He married Suzan Sorensen in 1967 and they had 11 children. In 1998, the family purchased a small hay farm between Riverton and Shoshoni where they made their home. His family said Mr. Erramouspe was involved in providing for the needs of his family and enjoyed fishing from his boat, spending time with family members, sharing family meals with them, and playing card games that they all enjoyed, for penny-ante stakes. Mr. Erramouspe was a member of St. Margaret’s Catholic Church in Riverton. He is survived by his wife, Suzan of the family home north of Riverton; children, Nikki Osterland and husband Alan of Dayton, Dominic Erramouspe and wife Amy of Rock Springs, Jake Erramouspe of Sheridan, Emily Jarvis and husband David of Shoshoni, Stephanie Erramouspe of Shoshoni, Matthew Erramouspe of California, Amy Williams and husband Tyrone of Washington, Camille Bruhn and husband Mike of Colorado, Joshua Erramouspe of Colorado, Jessica Morey and husband Nick of Montana, and Rachael Erramouspe of Washington, D.C.; 17 grandchildren and one more expected in July; two brothers, John Erramouspe and wife Wilma of Rock Springs, Joseph Erramouspe and wife Barbara of Rock Springs; six sisters, Sister Miriam Grace Erramouspe, CSC, of Ventura, Calif., Bernadette Gosar and husband Tony of Pinedale, Margaret Sellyei and husband Joseph of Loveland, Colo., Grace Mossman of Englewood, Colo., Anne Case of Oceanside, Calif., and Catherine Canestrini of Rock Springs; numerous nieces and nephews. He was preceded in death by his parents and brother, Pierre. Memorials may be made to a charity of the donor's choice care of Davis Funeral Home, 2203 W. Main Street, Riverton, WY 82501 On-line obituaries are available and condolences for the family may be made at: thedavisfuneralhome.com Services are under the direction of the Davis Funeral Home of Riverton.