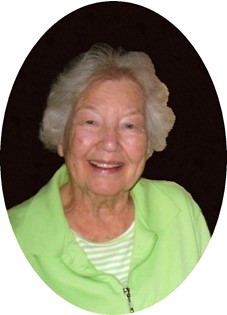 Auntie was born on May 5, 1916 to John L. and Leota A. Rooney. She was their firstborn and last living child. She was raised in Orin Junction, Wyoming and worked diligently helping her parents run the Orin Junction Post Office that shared a building with a gas station and convenience store also run by her parents. While in Orin Junction she met and married Otis Gaylord. Upon his passing she moved to Casper and worked at Kassis Department Store, an upscale ladies clothing store. She was a member of Beta Sigma Phi in Casper, which was a Master Chapter of the Sorority.

She then married Butler Hall and together they purchased a farm in Union Star, Missouri where they lived and farmed until Butler passed away. Auntie then moved back to Casper to work at Kassis Department Store.

Auntie was very involved in hobbies and projects. She created many crafts, decoupage, cross stitch and made many Christmas stockings for nieces and nephews. She became involved in China painting and developed into a true artist. Among other things, she painted many dishes, and of particular note were the many Santa Claus’s she painted.

Auntie was a great caregiver. Auntie cared for her husband’s mother and two aunts starting when they were in their late 90’s. She continued to care for these elderly folks until they passed away.

In 2002 Auntie moved to Lander, Wyoming summering there and wintering in California with her brother, John Rooney. She had 14 very enjoyable years in Lander spending time with her niece, Kathi McKee and family.

She had 4 great years at Westward Heights Care Center with excellent care that added greatly to her quality of life.