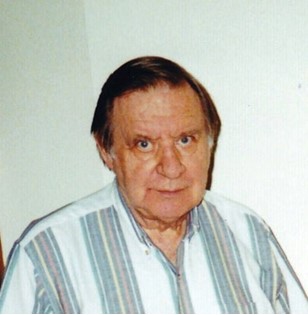 Riverton- at his request no services will be held for Riverton resident, Eugene “ Gene” Harms, age 89, who died January 30, 2016 at Homestead Assisted Living.

Cremation has taken place under direction of Davis Funeral Home of Riverton.

Born June 7, 1926 in Reedsburg, Wisconsin, he was the son of Hilda Brandt Harms and Henry Harms.

During World War II he served in the U.S. Marines. After his Honorable discharge he attended the American School of Horology in Denver, receiving a degree in Horology Engineering. He then went to work for Mountain States Telephone, Co., now Century Link, for 27 years after which time he went into Real Estate Sales as an Associate Broker until his final retirement.

On August 4, 1951 he married Vernitta Ardys Baird in Cheyenne.

He was a life member of the Lutheran faith. His club association was with the Lions Club for 30 years. He has been a Wyoming resident for over 65 years, living in Cheyenne, Cody, Casper, and Riverton.

He was preceded in death by his parents, Hilda and Henry Harms and his oldest daughter, Janet Kotomori.

Memorials may be made to the Trinity Lutheran Church in care of Davis Funeral Home, 2203 West Main Street, Riverton, WY 82501.