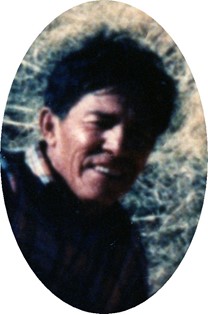 Guestbook 4
Arthur “Art” Martinez, 86, of Riverton, died on Sunday, February 7, 2016, at the Wyoming Medical Center in Casper. A viewing will be one hour prior to the funeral service at 2:00 p.m. on Friday, February 12, 2016, at Davis Funeral Home with Pastor Tim Dower officiating. Burial will follow at Mountain View Cemetery with full military honors.

Arthur Edward Martinez was born on March 7, 1929 in Rociada, NM to Edward and Feleipa (Montoya) Martinez. He was one of six children. He moved to Riverton when he was eleven and made it his permeant home.

He served in the Army in Germany during the Korean war, receiving an Honorable discharge in 1952.

On January 17, 1955 he married Angela Martinez and together they raised five children.

He worked for the City of Riverton for many years and retired from there.

He loved his grandchildren, fishing, hunting, and painting portraits, landscapes, and animals.

He was preceded in death by his parents, his wife, Angela Martinez, his daughter and son-in-law, Debbie (Martinez) and Leon Wilkinson; brothers, Gilbert Martinez and Joe Martinez; sisters, Lena Crippen, Lucy Harris, and Lupy Paretn and Angeline Harris.