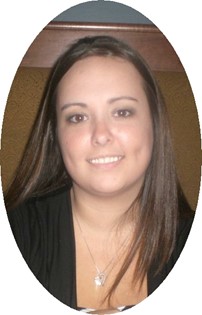 Memorial service will be Thursday, February 18, 2016, 6:00 p.m. at the Davis Funeral Home with Pastor Dale Adams of the Lighthouse Bible Church. Cremation has taken place.

Amber was born July 15, 1986 in Fontana, California to Mark Amsbury and Valerie Nobles. She was raised in Southern California and moved to Riverton when she was 18. She lived in Boston, MA for about one year, again in Riverton for one year, Madison, Wisconsin for two years, and Boise, Idaho for almost six years. She attended college in Madison, Wisconsin studying Finance and Accounting. She married Ryan Strom on August 26, 2011 in Boise, Idaho.

She had worked at First Interstate Bank in Riverton and the Trailhead Restaurant.

Her family said she loved loved her family, friends, and her dogs. She played softball in high school and college. She enjoyed fishing, camping and cooking. She was of the Christian faith.

She is preceded in death by her mother-in-law, Shawn Warren; grandparents, Barbara and Rex Himes.

Memorials may be made to GPD Foundation for Gastroparesis & Motility Reseach in care of the Davis Funeral Home, 2203 W. Main Street, Riverton, WY 82501.