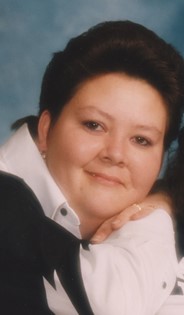 Andrea Dee Martinez was born on December 9, 1965 in Riverton, WY to Arthur Edward and Angela (Martinez) Martinez. She was a lifelong resident of Riverton, graduating from Riverton High School with the class of 1984.

She worked for Alco and Pertech before becoming a substitute teacher.

She enjoyed cross stich, word search puzzles, and spending time at home. Above all she loved being with her family.

She is survived by her husband of 20 years, Ken McLean; son, Blake McLean; nieces and nephews, Ben, Jeremy, Joseph, Jordan, Michael and Tyson; siblings, Rory Martinez of Colorado, Gregory Martinez of Casper, Gaylene Martinez of Billings, and sister in law Gloria of Casper

She was preceded in death by her parents, Art and Angela Martinez and sister, Debbie Wilkinson.