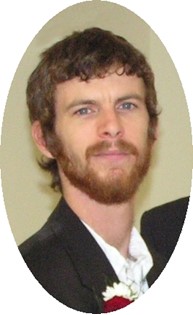 Jared Wayne Holloway was born November 29, 1981 to Jack and Diane (Smith) Holloway. He grew up in Oklahoma and moved to Wyoming with his family in 2003.

He worked odd jobs until he started his trucking career which he loved. As a truck driver he was able to see all the beauty this country had to offer.

He loved his family, being a dad, playing games with his sons, taking walks with his dog, Ruger, and spending time with his family. He enjoyed photography, playing the guitar, camping, fishing, hunting, and the great outdoors.

He was preceded in death by grandparents, Tom and Betty Holloway and grandfather, Clyde James Smith.

Memorials may be made to the Holloway Educational Fund for his children in care of Davis Funeral Home, 2203 West Main Street, Riverton, WY 82501.