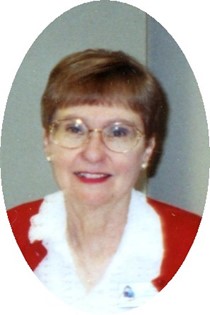 Guestbook 6
Funeral services for Geraldine “Gerry” E. Neeriemer, 72, will be held 10:00 a.m., Monday, March 14, 2016 at the Trinity Lutheran Church with Pastor David Magruder officiating. Interment will follow at Mountain View Cemetery. Viewing will be held 9:00 a.m. until service time at the church on Monday.

Mrs. Neeriemer died on March 8, 2016 at the Wind River Healthcare and Rehabilitation Center in Riverton, Wyoming.

She was born on August 6, 1943 in Denver, Colorado, daughter of Elmer L. and Dorothy (Murra) Curl.

Mrs. Neeriemer worked as a Certified Professional Secretary before retiring.

She was a member and past president of the Lutheran Women’s Missionary League. She was also very active in the Trinity Lutheran Church and was a Wyoming President of Society Zone, also serving as a vice president and secretary/treasurer. She was a member of the Historian South Central Zone in Denver, CO, Wyoming District of Christian Living, Leader Development of Society, Zone Wy District and Certified Professional Secretary Assoc.

Memorial contributions would be appreciated to the LWML Mites or the Trinity Lutheran School in care of Davis Funeral Home.