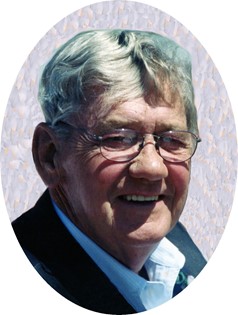 Mr. Johnson passed away on March 10, 2016 at Help for Health Hospice Home in Riverton, Wyoming.

He was born May 9, 1932 in Glendive, Montana, son of Oscar and Lorraine (Seekins) Johnson.

On April 20, 1952, Duane married Mary Tennant in Glendive, MT. The couple made their home in Glendive, MT, Williston, ND, Thermopolis, WY, 23 years in Riverton and 12 years in Dubois.

Mr. Johnson served in the United States Navy during the Korean Conflict from August 1, 1950 until he was honorably discharged May 12, 1954.

Duane made his living as a pumper for Texaco and worked in the oilfield industry most of his life after his time in the service. He worked in Angola, Africa the last couple years before retiring from Chevron.

Mr. Johnson loved helping out with Action Services, which Duane started in 1995 and owns and operated with his son, Brad. He also enjoyed spending his time doing yard work, attending church activities and was always a part of family events. Duane also enjoyed snowmobiling and was Past President of Dubois Snowmobile Club.

He was an active member of St. Margaret’s Catholic Church of Riverton, Wyoming. He also served as a Eucharist Minister and assisted with Baptisms. Mr. Johnson was a member of the VFW, Lions and Knights of Columbus.

He was preceded in death by his parents, Oscar and Lorraine Johnson and grandson, Todd Smith.

Memorial contributions to the VFW of Riverton in care of Davis Funeral Home would be appreciated.