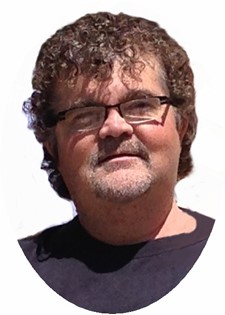 Guestbook 8
Timothy N. Doughty has left behind the pain of life. He passed away after a lifetime of health problems, March 14, 2016, surrounded by his family.

A great communicator, good listener and truly a people person he got along with everyone he encountered.

A graduate of Lander Valley High School and four years at the University of Wyoming, he worked at Safeway in his off hours.

He then worked as a CNA in Billings, Miles City, and the University of Colorado Medical Center in Denver. His career at United Airlines “his dream job” stationed him in Denver and Tulsa Oklahoma and allowed him to travel the world.

Tim’s medical condition brought him back to Lander and his family in August of 2015.

Tim is survived by parents John and Karen Doughty of Lander, sisters Charri Lara (Al), of Lander and Diane Winslow (Jaime) of Denver. He is also survived by nephews Jacob Lara and Jaid Winslow and niece London Winslow, also several aunts, uncles and cousins, and his dog Cece.

Donations may be made to Church of Ascension in care of Davis Funeral Home at 2203 West Main Street, Riverton, WY 82501, in memory of Tim Doughty.