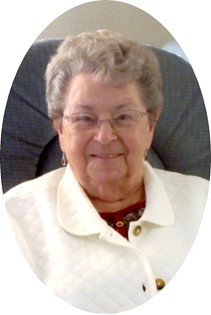 Guestbook 2
Wilma Kisling, 85, of Riverton, died on Saturday, March 19, 2016, at Sage West Healthcare – Riverton. A viewing will be held on Wednesday, March 23, 2016, at Davis Funeral Home from 6:00 pm to 7:00 pm. Funeral services will be on Saturday, March 26, 2016, at 10:00 am at the Trinity Lutheran Church with Pastor Dave Magruder officiating. Burial will follow at Mountain View Cemetery.

Wilma Caroline Weitzel was born on April 30, 1930 in Scottsbluff, NE to Alex and Amelia (Weinmaster) Weitzel. She and her brothers were raised in Nebraska where she attended elementary school. The family then homesteaded west of Ocean Lake. Wilma attended Pavillion High School where she was a cheerleader.

On September 9, 1948, she married the love of her life, Scott Allen Kisling in Kinnear, WY. They were married for 65 years before Scott passed on April 2, 2014. Together they raised their two sons and farmed in the Pavillion area for over twenty two years. Wilma also worked as a cook at Pinnacle Dude Ranch in Dubois for three years right after she was married, was a custodian and cook at the Pavillion School for nine years, post office worker in Pavillion for three years, and was a cook at the Riverton Senior Center for 12 ½ years before retiring.

When her husband was still alive she enjoyed being outdoors with him, fishing and hunting. She loved being around family, sons, grandchildren, and great grandchildren. The last two years were spent at Homestead Living Center where she enjoyed the company of special friends and playing cards and bingo.

She was preceded in death by her parents, Alex and Amelia Weitzel; her husband, Scott Allen Kisling; her brothers, Lavern Weitzel and Dean Weitzel, and a granddaughter – Teisha Marie Kisling.