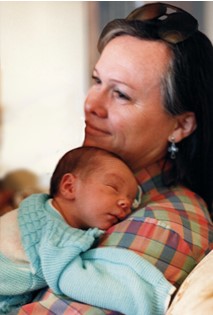 Sharon Kay Donathan was born on April 14, 1948 in Longmont, CO to Jack Melvin and Betty Lou (Philpot) Donathan. The first year of her life was exciting as she lived through the Blizzard of 1948-1949 where livestock froze where they stood and snow was 20 to 30 feet high drifts. After her early childhood she moved to Riverton, WY where she graduated with the class of 1966 from Riverton High School.

On August 31, 1968, she married Kenneth Shannon Watts in Riverton at the Hillcrest Baptist Church. Together they raised two sons. They lived in Laramie and Casper for a year each before returning to Riverton where they made their forever home.

She was a member of the Lighthouse Bible Church.

She worked for New Method Laundry in Laramie, WY, One Hour Martinizing in Casper, WY and returned to Riverton where she worked for Catherine Gray Soap until her first son was born.

She enjoyed cooking, gardening, and serving people. Above all she loved her family and spending time with all of them.

She is survived by her husband of 47 years, Ken Watts; sons, Nicholas Watts and his wife, Alexandria, and Shannon Watts and his wife, Julie; grandson, Sean Watts; brother, Kelly Donathan and wife, Nina; Sisters, Janet “Mikey” Stubbs and husband, Mike, and Betty Ann Donathan; brother and sister in law, Larry and Kathie Wester.

She was preceded in death by her parents, Jack and Betty Lou Donathan.

Memorials may be made to Lighthouse Bible Church or Gideon’s, or Shriners Children Hospital in care of Davis Funeral Home, 2203 West Main Street, Riverton, WY 82501.