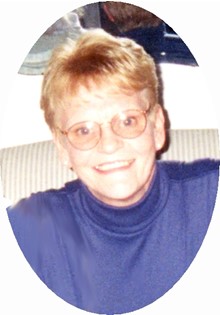 Guestbook 0
Mary Zimmermann, 72, of Riverton, died on Wednesday, February 10, 2016, at the Help for Health Hospice Home after a long and hard battle with cancer. As were her wishes, cremation will take place and no services will be held.

Mary Ellen Zimmerman was born on July 20, 1943 in Seattle, WA to William Menford and Marjorie Ann (Stubb) Hegeberg. She grew up in Stanwood, WA and graduated from Twin City High School there.

She was of the Lutheran faith.

She lived in Seattle, WA before moving to Casper, WY where he met her husband, Tim Zimmerman. They married on December 18, 1992. In 2003 they moved to Riverton.

She worded for Wyoming Senior Citizens, Inc. until her health forced her to leave her job.

She was a member of the Veterans of Foreign Wars.

She loved flowers, cooking, the Seattle Seahawks, and especially her dog, Mindy.

She is survived by her brother, Bill Hegeberg of Alaska; nieces Joan (Charlie) McConnell and Carol Wileman; and nephew Mark McConnell.

She was preceded in death by her parents, William and Marjorie Hegeberg; husband, Timothy Zimmerman; and sister, Janice Lawson.