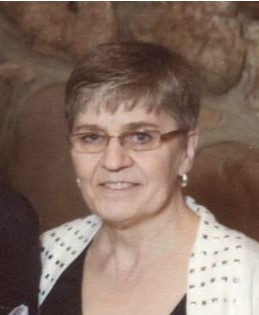 Guestbook 7
Jean Gilkey, 66, of Riverton, died on Wednesday, March 23, 2016, at the Help for Health Hospice Home. A funeral service will be held at Davis Funeral Home on Wednesday, March 30, 2016, at 2:00 pm with Pastor Echo Klaproth officiating. Burial will follow at Mountain View Cemetery.

Jean Marie Christensen was born on June 16, 1949 in Hot Springs, SD to John Charles and Ethel Dawes (Haymond) Christensen. She grew up in Hot Spring, SD with her brother and sister. Although she did not graduate high school, she knew the importance of education and earned her G.E.D. from Central Wyoming College at the age of 45.

In February of 1968 she married Donald Eugene Chancellor, they later divorced. She married Lloyd William Duncan in 1970 and he preceded her in death in 1978. Her last marriage was to Tom Allen Gilkey in 1979, which ended in divorce.

She was Christian and had a very strong belief.

She moved to Riverton in 1975 and made it her permeant home until her death. She worked at Small World Day Care, Smiths Bakery, and the last eight years in the bakery at Walmart.

She was a past member of the Riverton Jaycees.

She enjoyed making wedding cakes and made them for all of her grandchildren, daughter, Tonya, and several friends. When she wasn’t baking she enjoyed traveling with friends, flowers, and gardening. She loved the mountains and outdoors and especially spending time with her grandchildren and great grandchildren.

She was preceded in death by her mother, Ethel Christensen; husband, Lloyd William Duncan; and her step-son, Kenneth Lloyd Duncan.