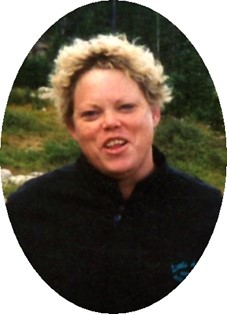 Guestbook 2
Phyllis Joy Pribbernow 60, of Pavillion passed away March 30, 2016 at her home near Pavillion. Funeral Services will be held at 2:00 p.m. Tuesday April 5, 2016 at The Church of Latter-day-Saints near Pavillion. Burial will follow at 2 pm Wednesday, April 6, 2016 at the Lyman Cemetery, Lyman, Wyoming.

Phyllis was born April 26, 1955 in Evanston, Wyoming to William J. and Joy Marie (Morris) Rees. She grew up in Urie WY. and went to school in Lyman, WY. Phyllis moved to Pavillion in 1997. She Married Pete Alven Pribbernow August 9, 1998 in Fort Bridger, WY in the Pavillion at the Fort. She was the first women to work in underground mining in the State of Wyoming and later worked as a Parts Manager. Phyllis was a member of the Pavillion, Church of Latter-day Saints and enjoyed camping, crafts and her grandkids. She is survived by her husband Pete of Pavillion, son: Ross and his wife Lindsey Pribbernow of Riverton, grandchildren: Dennis, Zachery, and Shyanne, brothers: Dougan (Monica) Rees, Alan (Ruth) Rees and Scott (Judy) Rees, sisters: Faith (Steve) Revelli and Hope (Kirk) Bennett; sister-in-law, Kathy Rees. Mrs. Pribbernow was preceded in death by her parents, brother Pat and sister Dale Lynn.

Memorial contributions to Frontier Hospice in care of Davis Funeral Home will be appreciated.