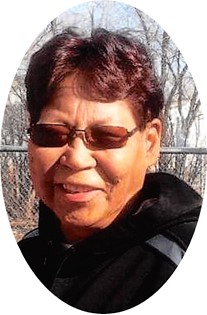 Lucia Ann Jenkins was born on July 15, 1957 in Riverton to Lydia M. Jenkins. She grew up in the St. Stephen’s area and attended grade school and junior high school there. She attended Riverside High School in Anadarko, OK and Intermountain High School in Brigham City, UT. She was a lifelong resident of the Wind River Reservation.

She worked as a housekeeper at various motels in Riverton and most recently was working at the Wind River Casino as a cook and dishwasher.

She enjoyed listening to music, dancing, going to the casino, and playing around with her grandchildren. Her family said she was a good frybread maker.