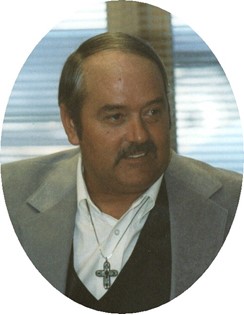 Guestbook 3
Memorial services for Dennis E. Duty of Riverton will be held at 10 a.m. on Saturday, April 12, at the Davis Funeral Home of Riverton. Mr. Duty died at his home on Monday, April 7, 2008, at the age of 50 after an extended illness. Dennis E. Duty was born on Aug. 25, 1957, in Chickasha, Okla., the son of Jerrell and Velma (Weldon) Duty. He grew up in Louisiana, Texas, Montana, and Wyoming before coming to Riverton with his family in 1971. He was graduated from Riverton High School with the Class of 1976. Following high school, Mr. Duty worked for his father as a rig hand at Fisher Drilling in Riverton. He later moved to Wamsutter managing the truck terminal for Amoco. He also was an over-the-road truck driver, having worked for Big Wyoming Trucking for 13 years. He married Connie Chopping on Nov. 25, 1977, in Riverton. They later divorced. His family said Mr. Duty enjoyed fishing, and was an avid Garfield collector. Survivors include three sons, Jeremy Duty of Riverton, Will Duty of Corpus Christi, Texas, and Brandon Duty and his wife Jessica of Casper; a grandson, Hayden Duty of Riverton; granddaughter, Taylor Duty of Casper; a brother, Jerrel Wayne Duty and his wife Rita of Riverton; sisters, Janell Anthon and her husband Ron of Riverton and Jeanene Hinderliter and husband Richard of Casper; his former wife, Connie Chopping of Riverton. He was preceded in death by his parents. Memorials may be made to the Arthritis Foundation, in care of the Davis Funeral Home, 2203 West Main, Riverton, WY 82501. On-line obituaries are available and condolences for the family may be made at: thedavisfuneralhome.com Services are under the direction of the Davis Funeral Home of Riverton.