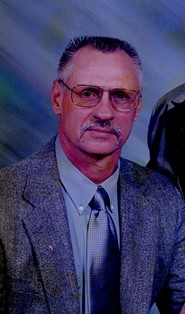 Guestbook 25
Paul Good, 64, of Dubois, died on Thursday, April 7, 2016. As were his wishes, cremation has taken place with a memorial service to be held at a later date.

Paul Wayne Good was born on December 19, 1951 in Freeport, IL to Roy Elias Good and Florence M. (Skrdlant) Good. He attended public schools in Freeport, IL until he moved to Dakota, IL to help his brother on his farm, and later graduated high school. He then attended one year at Highland Community College in Freeport, IL before being accepted into the Goodyear Apprentice Program.

Paul retired from Goodyear/Kelly Springfield Tire Co. in Freeport, IL, after 36 years as a millwright and a certified welder. He lived in Freeport until 1985 when he moved to Lena, IL. In 2009 he moved to Dubois, WY where he made his home until his passing.

Paul was the President of the Dubois Gun Club. He had a love for the gun club and was complimented many times for the improvements and hard work he had done since being named President. He also was the President of the road fund for a portion of the Union Pass area. He also served as an election judge for Fremont County. Sharing his knowledge of firearms, Paul enjoyed helping with classes held at the Dubois Gun Club.

Paul had a deep passion for hunting, welding, and trap-shooting. He shot many of the state shoots winning many awards and making many everlasting friends. His welding experience has been shared with many in the Dubois area. While living in Illinois, Paul taught the Hunter Safety Program for over 20 years.

He was preceded in death by his parents, Roy Good and Florence Good.