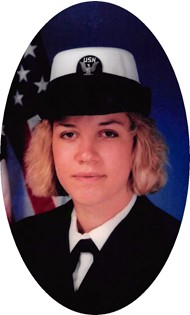 Robin Elaine Anderson was born on August 28, 1969 in Riverton, WY to Richard Bryce and Shirley Nadean (Haggerty) Anderson. She attended schools in Shoshoni, graduating with the class of 1987. After graduation she went to New York to work as a nanny for 9 months before joining the U.S. Navy where she served for 4 ½ years before being honorably discharged. When she came back to Shoshoni after her military service, she attended Central Wyoming College where she was in the nursing program and at the same time was taking on-line courses from University of Wyoming.

On January 18, 2003, she married Chris Huelle in Riverton. Together they have a beautiful daughter born on August 25, 2005, they named her Jerikah.

During her medical career she worked at two different nursing homes, 10 years at Riverton Memorial Hospital both in the ER and ICU. She was also a house supervisor.

She enjoyed taking care of her yard, working on the farm, traveling, and family dinners.

She was preceded in death by her father, Richard Anderson; grandmother, Vivian; and grandparents, Ivan and Gerry Haggerty.