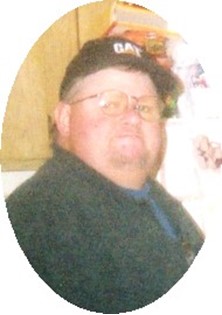 Guestbook 5
Funeral services for Michael “Mike” Charles Pattyn, 52, will be held 2:00 p.m., Saturday, May 21, 2016 at the Davis Funeral Home with Pastor Bob Connally of Hillcrest Baptist Church officiating. Cremation has taken place under the direction of Davis Funeral Home.

He was born August 22, 1963 in Scottsbluff, Nebraska son of Charles L. and Gloria Jean (Peterson) Pattyn.

Mike attended school in Gering, Nebraska, where he graduated in 1981. He later moved to Casper, Wyoming and then in 1987 to Riverton, Wy. He also lived in various other areas due to the construction trade.

On November 21, 1988, he married Angela Kay LeBlanc in Riverton, Wyoming.

Mike worked construction for Larrys Inc, Bartlett Inc., All Around Excavating, and Archer Construction until going on Disability in 2007.

He was a member of the Lander Valley Sportsmen’s Association and the NRA.

Although he and Angie didn’t have any children of their own, they made up for them with fur babies and “adopting” numerous friends’ kids as their own. Mike gave inspiration to numerous young men.

Survivors include his wife Angela of the family home in Riverton; his grandmother, Mildred Peterson and sister, Michelle Leyba of Plano, Texas.

On-line condolences may be made to the family at www.TheDavisFuneralHome.com. Services are under the direction of Davis Funeral Home