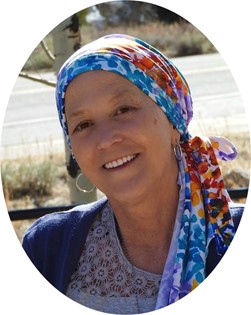 Guestbook 21
Cindy Knight, 59, of Riverton died Tuesday, May 31, 2016 at the Help for Health Hospice Home in Riverton. Memorial services will be 10:00 a.m., Friday, June 3, 2016 at the Davis Funeral Home with burial to follow at the Mountain View Cemetery. A celebration of life will follow at the Reach Clubhouse following the graveside at 622 N. 8th West Street in Riverton.

Cindy grew up in Plentywood, Montana and lived in many communities in Wyoming and Montana. She lived in Riverton for the last four years having lived in Cypress, Texas for four years. In Texas she worked at Buc-ee’s Family Stores where many customers appreciated her for her coffee. She also lived in Casper, Wyoming where she worked in the photo lab at Walgreen’s beginning in 2002. She had also lived in Great Falls, Montana working for the local newspaper and excelled with AT & T phone company where she was appreciated for her great customer service and having a big heart.

Her family said she had a passion for taking photos and was called the “Momma paparazzi” with her camera noting all the photo albums she put together. They said she also loved the water, floating the river and her favorite place was Destin, Florida where she lived out her dream of sitting on the beach and swimming with dolphins. Overall her daughters said being with her family was most important to her. She was of the Christian Faith and loved God.

She was preceded in death by her brother, Randy Grasmick.