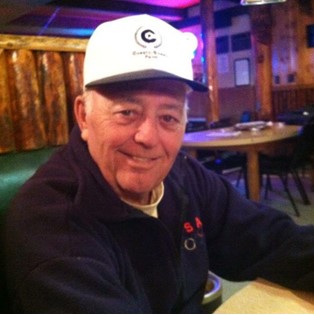 Guestbook 0
Richard “Rich” Williams, 77, of Dubois died at his home on Sunday, June 5, 2016. As were his wishes, cremation has taken place. At this time there are no services planned.

Richard A. Williams was born on October 15, 1938 in Rock Springs, WY to John A. and Dora (Cattani) Williams. He and his siblings were raised in Rock Springs and attended schools there in his earlier years. He graduated from Valley High School. After high school he entered the U.S. Army where he served until 1958 when he was discharged.

He married Mildred Meyer and together they had two sons, she preceded him in death.

He lived in Casper before moving to Dubois 35 years ago to make his forever home.

He worked at Union Supply in Casper, Coast to Coast/Big A Auto in Dubois, Dubois Hardware, and then had his own business, Rich’s Sharpening.

He was an avid collector of coins and loved living in the mountains of Wyoming.

He is survived by his brother, Deed Williams; sisters, Louise Warpness and Mary Chevalier; five grandchildren and six great grandchildren.

He was preceded in death by his parents, John and Dora Williams; wife, Mildred Williams; and sons, Robin Williams and Bryan Williams.